“On September 28, 1983, the discovery of a previously unknown tale by Wilhelm Grimm was reported on the front page of The New York Times. ‘After more than 150 years,’ the Times noted, ‘Hansel and Gretel, Snow-White, Rumpelstiltskin, and Cinderella will be joined by another Grimm fairy-tale character.’ The story of dear Mili was preserved in a letter Wilhelm Grimm wrote to a little girl in 1816, a letter that remained in her family’s possession for over a century and a half. It tells of a mother who sends her daughter into the forest to save her from a terrible war. The child comes upon the hut of an old man, who gives her shelter, and she repays his kindness by serving him faithfully for what she thinks are three days. Actually, thirty years have passed, but Mili has remained safe, and with the old man’s blessing there is still time for a tender reunion with her mother. As for the pictures that interpret Dear Mili―hailed by School Library Journal as ‘gorgeous’―they were a milestone in Maurice Sendak’s career, the work of a master at the height of his powers.” -Amazon.com

Check your local bookshop for this title or purchase this book from Amazon.com at the link below or used from Abebooks here. A portion of your purchase, including other items added to your shopping cart, will benefit the Mirror Mirrored project. 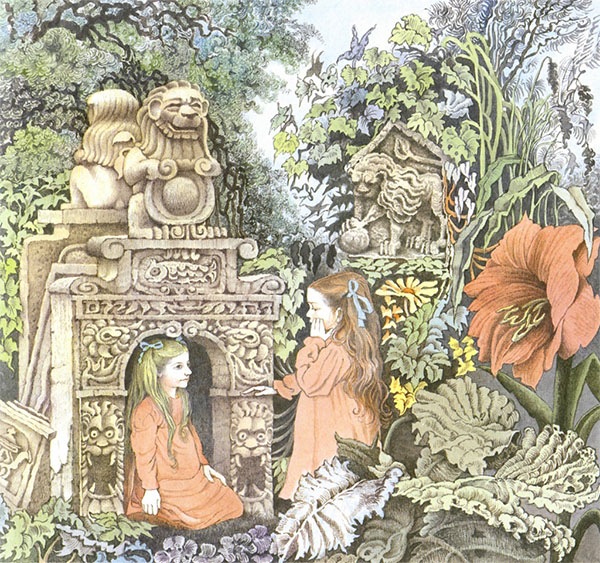 “In the Sendak world, stories unfold like dreams, where images connect emotionally and serendipitously, not by the logic imposed by grown-ups when they are awake. In much of his work, beauty and sorrow walk hand in hand . . . [Sendak’s work gives] children the power to conquer through art and ingenuity, reminding parents of the complicated responsibility that requires them to be hopeful but realistic about the terrible wild things out there.” —The New York Times